When I was a student at the Florida School of Preaching (1989-1991), we were only allowed to use two Bible translations: the King James Version and the American Standard Version (1901). The reasoning was so that everyone’s Bible read the same. After all, we were told, we could not use valuable class time to discuss why everyone’s Bible read differently. When I came to work with the school in 1996 and wrote articles for the Harvester, I would occasionally compare translations, even the NIV, when explaining a passage. Some readers thought this was out of line and insisted I should not do it. Around 1999, Jackie M. Stearsman (FSOP’s second director, 1992-2009) allowed students another translation option, the New King James Version. He also received criticism from those outside FSOP. At the time, however, we had several Haitian students. Why should we force students who have recently learned English to read from a translation that would further confuse any uncertainty they might still have with English? Should not our goal be more to impart biblical knowledge (cf. 2 Tim. 2:2) than to be dogmatically loyal to a translation?

In some areas of the brotherhood, there are still those who insist on the KJV or ASV (1901) to the point of, at best, looking down on any one who uses another translation or, at worst, thinking any one who does is a false teacher. My view of “KJV only” changed several years ago when I attended the funeral of a church member’s relative. At the luncheon afterward, I was siting at a table with brethren while a denominational pastor was sitting behind me (back-to-back) with his church members. His voice carried while he was discussing how the KJV was the only Bible God recognized. He used the very same argumentation that brethren used (and continue to use)! I thought, “Wow! He uses the KJV only and preaches false doctrine from it. It cannot be the translation that makes the difference! It’s the doctrine he preaches, even though he’s holding and reading from the KJV! Furthermore,” I thought, “if it’s true that more people have been saved by learning from the KJV, it must also be true more people have been lost who heard preaching from the KJV!”

There is still a misconception about the KJV being the only God-approved translation. An obvious symptom of this is when, for example, in Bible class, when a translation reads differently from the KJV and someone appeals to Revelation 22:18-19, how no one is to add to or take away from God’s word. Using these verses to show a translation reading differently than the KJV is wrong implies that the KJV is a collection of the original, autographed texts! However, all passages teaching the inspired. inerrant, and infallible nature of the Scriptures (Jn. 16:13; 2 Tim. 3:16-17; 2 Pet. 1:19-21) are affirming the original autographs, not copies of the original or translations based on those copies!

The remainder of this article will explain what is needed for any translation, including the Bible, in order to defuse any unnecessary disruption of fellowship that results from a lack of understanding. Much of Bible translation issues are not “liberal versus conservative,” but simply what does the evidence substantiate (cf. 1 Thes. 5:21)! There are three simple things all translation, biblical or otherwise, involve: (1) an original language; (2) a target (audience) language; and (3) knowledge of both languages.

Obviously, whether Spanish to French or Koine Greek to English, a language must exist in order to translate it. This may surprise some, but when it comes to the New Testament, there are no original, “autographed” documents extant (i.e., known to exist). Someone might respond, “Then how is it possible to know what an original contained?” The answer: there are around six thousand witnesses that attest to an original. “Witnesses” refer to ancient manuscripts, translations, art work, sermon notes, etc. that could not possibly exist if it were not for an original. The power of this testimony cannot be ignored! Which will stand in a court of law: a person who said he did something or six thousand witnesses who testify he did something? It would be impossible for manuscripts unknown to each other and found in different parts of the world to read the same without there having been, somewhere down the line, an original from which they all came. This is multiplied exponentially when considering the thousands of evidences backing up the New Testament. No other book in antiquity has more sufficient evidence to confirm its place historically!

It must be noted here that the original, autographed documents of the New Testament are the ones that are God-breathed (2 Tim. 3:16). As such, what the autographs contain are infallible, inerrant, and perfect in every way. Although we do not know the exact process God used to supernaturally inspire each writer, while still allowing his own education, cultural background, and experience to shape his writing, we do know the product is exactly as God intended (cf. not knowing the exact process but the final product of the virgin conception and birth of Jesus, Mt. 1:21-23).

However, humans working within the providence of God are strictly responsible for what is called the “transmission” of the text. Inspiration of the text is how the Bible came supernaturally from God to humans. Transmission of the text is how the Bible came providentially from its original documents to the translations we possess today. Because transmission involves humans all the way, there are obvious errors in some parts of the manuscript evidence. Amazingly, these flaws are very few and far between when compared to the huge body of evidence we have. In other words, as some have observed, the Greek manuscripts that form the basis of the KJV’s New Testament translation (comparatively few in number) are about 97-98% the same as those behind the non-KJV family of translations.

There is no denying that some ancient manuscripts read differently than others in certain places. These manuscript differences are called “variants.” There are a number of possible reasons for these variants, and most can be traced back to a scribe’s error. There are a number of mistakes that could be made while copying manuscripts, especially before Christianity was legal and copies were made in secret under difficult circumstances. Errors include such things as writing twice what should have been written once (cf. “deed” instead of “dead”), reversing letters or words (cf. writing “form” instead of “from”), substituting one similar sounding word for another (cf. writing “there” instead of “their”), and confusing one letter for another of similar shape (cf. writing “fold” instead of “told”). Every teacher who has taught for any length of time have seen every one of these errors from students!

When a variant occurs, there is nothing sinister about objectively researching the evidence to see which reading is more likely that of the original. This is the field of “textual criticism,” which is not the enemy of truth (when done objectively), but rather truth’s ally. Should we not want to know what was actually written in the original, God-breathed documents?

Any translation has in mind a particular people the translators want to reach. Again, this is true of any translation, even appliance manuals! The KJV’s target language was, obviously, contemporary 1611 English. The English language has changed over the last four centuries. The New American Standard Bible (NASB) first appeared in the early 1970s. By its name, it targets American English, which is a bit different from United Kingdom English. The NASB underwent a major update in 1995 (abbreviated NASB95 or NASU). In 2020, the New American Standard was again updated. It appears translators plan to revise it every twenty-five years. These are just a few examples of target languages. Is it right to fault a translation merely because it targets a different audience language than Shakespearian era English! Yes, there is something poetically beautiful about the English of the KJV. However, beautiful poetic language is no more sacred than “Miami Spanish.” What is sacred is the written word of God, but unless we are fluent in the original languages of the Bible, its life-giving message will never reach us!

A Knowledge Of Both Languages

The original Hebrew, Aramaic, and Koine Greek words used in the Bible have not changed. Those words have always meant what they meant, in the way they were intended, the moment they were written. The first, original readers knew those meanings and nuances and whether they were figurative or literal. However, our understanding of those words have changed over the years. More evidence has been found to shed light on how words and expressions were used in these ancient languages. This is clearly exemplified when comparing how translations handle animals. In Isaiah 34:11, the Hebrew words behind the KJV’s “cormorant and … bittern” are translated “pelican and … porcupine” (NKJ); “pelican and hedgehog” (NAS95); and “hawk and … porcupine” (ESV). Since the 1800s, much more evidence has come to light on what biblical words meant. Much of this evidence is from uninspired literature of the same period as biblical books that use the same or similar words in contexts where we can better understand the kinds of animals being referenced. Earlier translations did not have the advantage of this evidence because it had not yet surfaced. With the additional evidence, why would it be wrong to update a translation with English words that better convey the actual meaning of the original word?

Perhaps another, more modern example would also help. Suppose someone a thousand years from now discovered a document that mentioned a “hard drive,” and the world knew nothing about computers. How would that term be translated? Maybe the translation “difficult journey” would be the best that could be done. Then suppose fifty years after that translation, an IBM factory was unearthed, and all kinds of documents were discovered describing in great detail “hard drives.” Should that same, original term still be translated “difficult journey” with all this new evidence? Of course not! To really understand the original meaning of the word, incorporating the new evidence is a must! This necessity is vastly multiplied when it comes to the written word of God! We must know accurately what was written in order to make the proper, life giving application (Jn. 8:31-32; 2 Tim. 2:15; 3:16-17)!

Yes, there are some genuine problems with some translations (including the KJV), but those problems do not so much stem from the original languages behind them as they do from the English words within them. In many ways, though, the controversy over translations in the brotherhood stems from a lack of understanding as to what translations require, coupled with a bit of ethnocentrism (the belief that a person’s own culture is superior to other cultures to the point of thinking his culture is the standard to which all should rise — “The KJV was good enough for me and the generations before me. Thus it’s good enough for you!”). The word of God is too important to confine it to a translation some people are not going to read. As long as the original language is accurately translated in the target (audience) language, then people of that language can read God’s word accurately and know what they must do to be saved. I know very influential Christians who were ready to quit Christianity because when first converted, they were told the KJV was the only Bible they could use. Thankfully, they were pointed to newer translations from which they enjoyed reading and studying! Let us realize what is involved in translation and what is at stake when people can or cannot understand accurately what God teaches through His word! 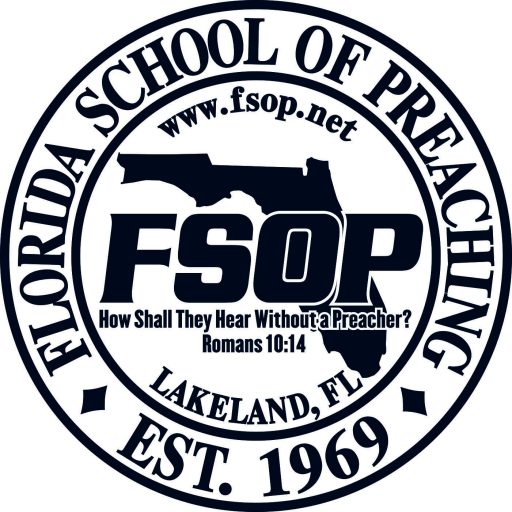